– First quarter revenue of $3.8 million
– Strong sales in Europe/Middle East with 26% year-over -year growth
– Continued momentum in North America sales with 18% year-over-year growth
– Decline in Asia sales of 54% year-over-year due to timing of orders in Japan and China
– Gross margin expands to 56%, up from 53%
– Cash and cash equivalents of $1.1 million at March 31, 2017

Michael Kleine, President and Chief Executive Officer of Miramar Labs, said, “We continue to see excitement around the miraDry® technology in our global markets during the first quarter. We are pleased with our growth in Europe/Middle East and North America and in particular the 47% and 25% growth in consumables products respectively, which indicates there is robust patient interest in the miraDry procedure. While we are disappointed with the 54% sales decline in Asia, the decrease was primarily due to the timing of China and Japan orders and going forward, we remain positive that our new “miraDry is Confidence” campaign is generating excitement, not only in the US market but across Europe, the Middle East and Asia.”

“Despite these positive trends, we continue to be challenged by a lack of financial capital, which has impeded our ability to invest in initiatives to accelerate our growth. As a result, we are carefully managing our cash and securing additional capital as this continues to be a major focus of the Company,” added Michael Kleine.

Total operating expenses for the three months ended March 31, 2017, were $5.3 million, compared to $5.3 million for the same period in 2016. For the three months ended March 31, 2017, higher general and administrative expenses due to public company costs and stock option compensation charges were offset by lower research and development expense for the same period.

About Miramar Labs:
Miramar Labs, Inc. is a global medical device company dedicated to bringing innovative and clinically proven applications to treat unmet needs in the aesthetic marketplace. Supported by rigorous clinical research, Miramar Labs is focused on addressing aesthetic medical conditions for which there are significant unmet clinical needs. The company’s first priority is the treatment of bothersome underarm sweat, an issue that hundreds of millions of people deal with daily. The miraDry procedure has an established safety and efficacy profile with over 90,000 patients treated worldwide. Physicians and patients are encouraged to visit www.miramarlabs.com or www.miradry.com for additional information. 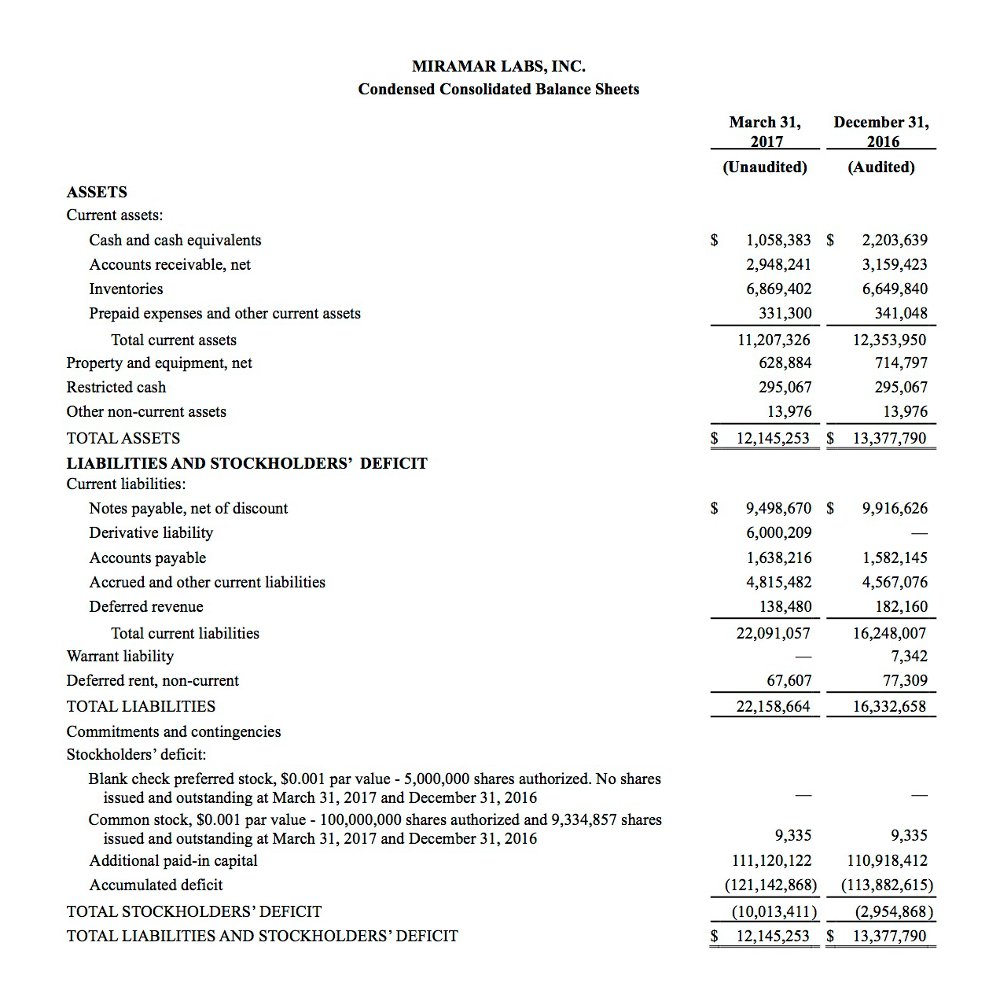 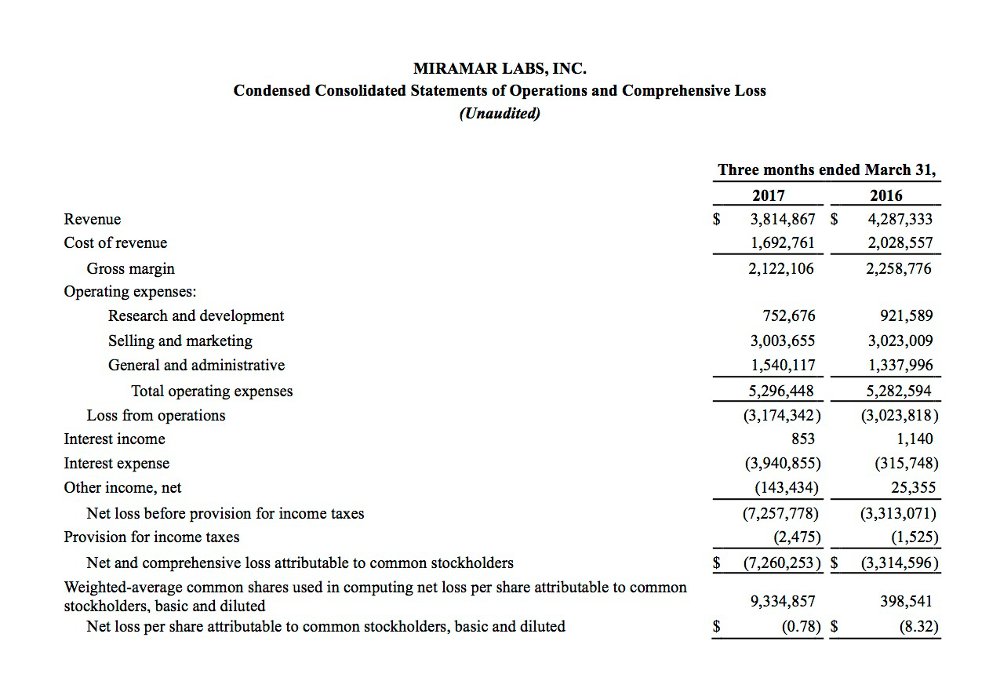 The miraDry system is FDA-cleared for the treatment of unwanted underarm sweat and odor, as well as the permanent removal of unwanted underarm hair. Outside the U.S., the miraDry system is intended for use by health care professionals for treatment of primary axillary hyperhidrosis in adults. Patient results and experience may vary. miraDry®, miraDry freshTM, miraDry ExperiencesTM, freshConnectTM, freshRewardsTM and mD ConciergeTM are trademarks of miraDry, Inc. Products may be covered by one or more U.S. Patents. Please click here to see patents associated with individual miraDry, Inc. products.

miraDry, Inc. is a subsidiary of Sientra

This website uses cookies and other technologies to enhance site navigation, analyze site usage and assist in marketing efforts. You may find out more about our use of cookies in our Privacy Statement. By continuing to use this site you accept our use of cookies.